knixen over 1 year ago

UPDATES BELOW.
As you might have noticed the GPS accuracy on the Fenix 6 is under-performing quite a bit compared to other watches (like the Forerunner 935 etc). What you usually see is that the track is more or less systematically off by a couple of meters in mild conditions and 20-30m in harder conditions, sometimes even more. Remember this is compared to other GPS-watches. Mild conditions are open sky, clear weather etc. Hard conditions is urban environments with high buildings and a lot of turning or running a dense forest.

However I have noticed that accuracy will increase drastically if you turn watch so it’s pointing upwards to the sky, instead of the usual position at the side.  Like this 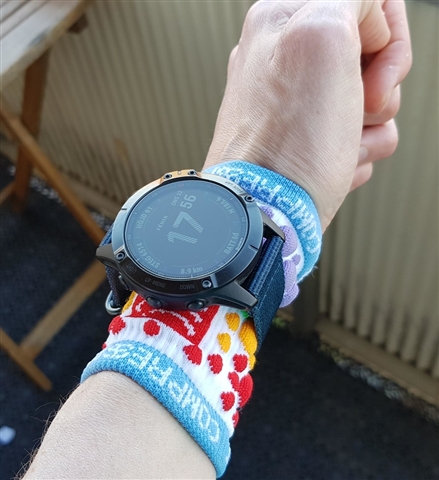 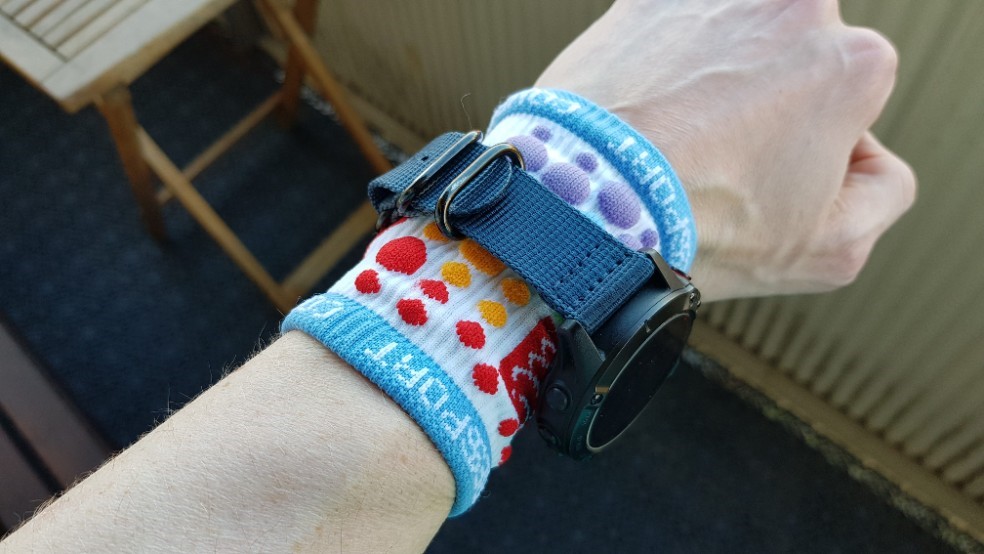 So I tried to put the watch on the top of the wrist bone, instead of the flat side, where it would be pointing upwards the sky all the time while running. To prevent it fall off to the side I had to make a “dummy holder” to hold it in steady in this position. Se pics 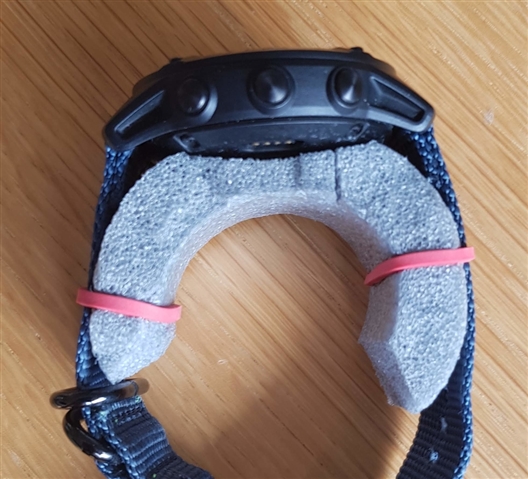 The holder piece is made of foam from pipe-isolation. 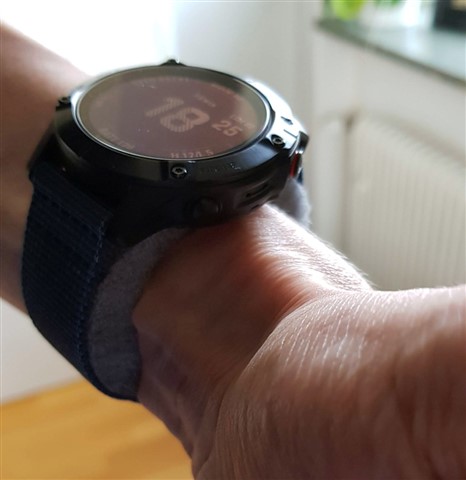 It looks awkward but it actually works, the accuracy IS boosted, and it’s on par (or even better) than previous models.

I made several test runs to compare GPS-performance and there is a significant difference. All the systematic errors are basically gone. 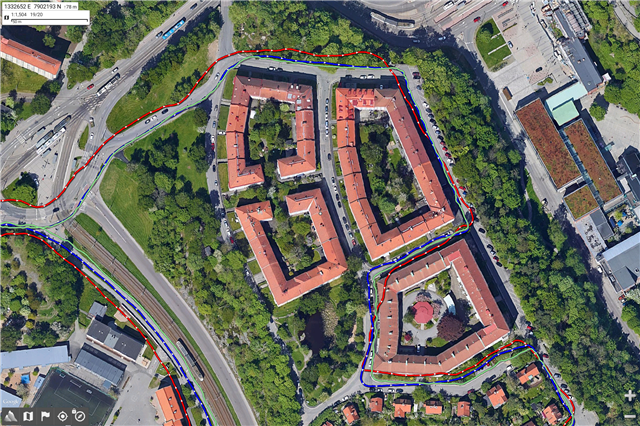 Having the watch this way breaks the optical reading of course, but if you use a HR-band it doesn't matter.

I think it behave this way more or less because of a design flaw by Garmin and it can probably not be fixed by software. What's bothers me a bit is that Garmin could have fixed this easy by integrating the GPS-antenna in armband, or by fixing the antenna position somehow.

UPDATES:
Why did I write this post?
I want to show what I think is the number one culprit to the bad position performance the vast majority seem to experience with the Fenix 6: Bad antenna design. Could also be in combination with new GPS-chipset. After year of updates, I don't think this is gonna be resolved by a software update.

Why do you care about plotted tracks to be correct,  it's only on the screen?
See below.

Why don't you use Stryd if you want accurate recordings?
In fact I DO use Stryd already. And it works great, especially for speedworks. But does not help when using the watch as a navigation tool, which I often do when I am running longer distances/trails/Ultras. And bad position performance DO hurt when navigating on intertangled/complex trails. Besides that not everybody want to pay up another $220 when they already have paid a $600 watch. Also wIthout a Stryd, GPS-position IS the main source of information. If it not good it will also affect pace, distance (and to some extent elevation). As you can see there is a deviation of 200 m on my 5km test runs. Another reason for good position accuracy is hitting Segments - Its harder with bad position accuracy, because you could be "outside" the segments, even if you are not.

What to you mean by GPS-accuracy?
- I mean GNSS position accuracy while running.

Did you try running with spacer, but at the regular postion?
- Yes, it did not do any difference. Se this image (purple track)

Have been trying running at different times at the day?
-Yes, didn't do any significant difference.

Have tried with just GPS mode (Not using GLONASS, GALILEO)?
-Yes, didn't do any significant difference.

Don't you know that GNSS is never 100% accurate?
-I'm not comparing to 100% accuracy, I am comparing to other watches that friends are using and that I have been using earlier..