Map menu shows track in collection - but there is none

Due to all the troubles I had with the synchronization of tracks I decided to delete everything from the portal (inreach.garmin.com/Map) and start from scratch. I even deleted all Data from the 66i. Now the problem is that the menu on the left side shows that there is one track in the collection "Sent to MapShare" - but there is none. Nothing visible on inreach.garmin.com/Map, nothing visible on share.garmin.com.

Even with all filters turned off and everything reset there is no track visible or shown anywhere else. It is just the "(1)" in the menu on the left.

Does anyone know how I can get rid of it so the data shown will be accurate? 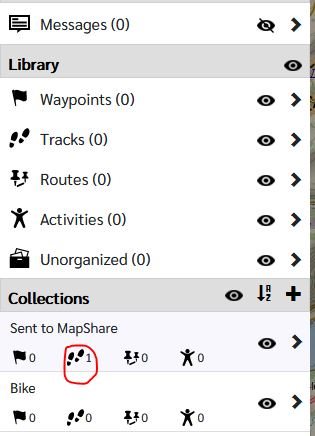 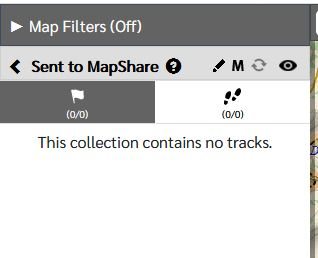