Basecamp got terrible pathfinding performances, it takes literally more than 20 minutes to generate a +200km route. 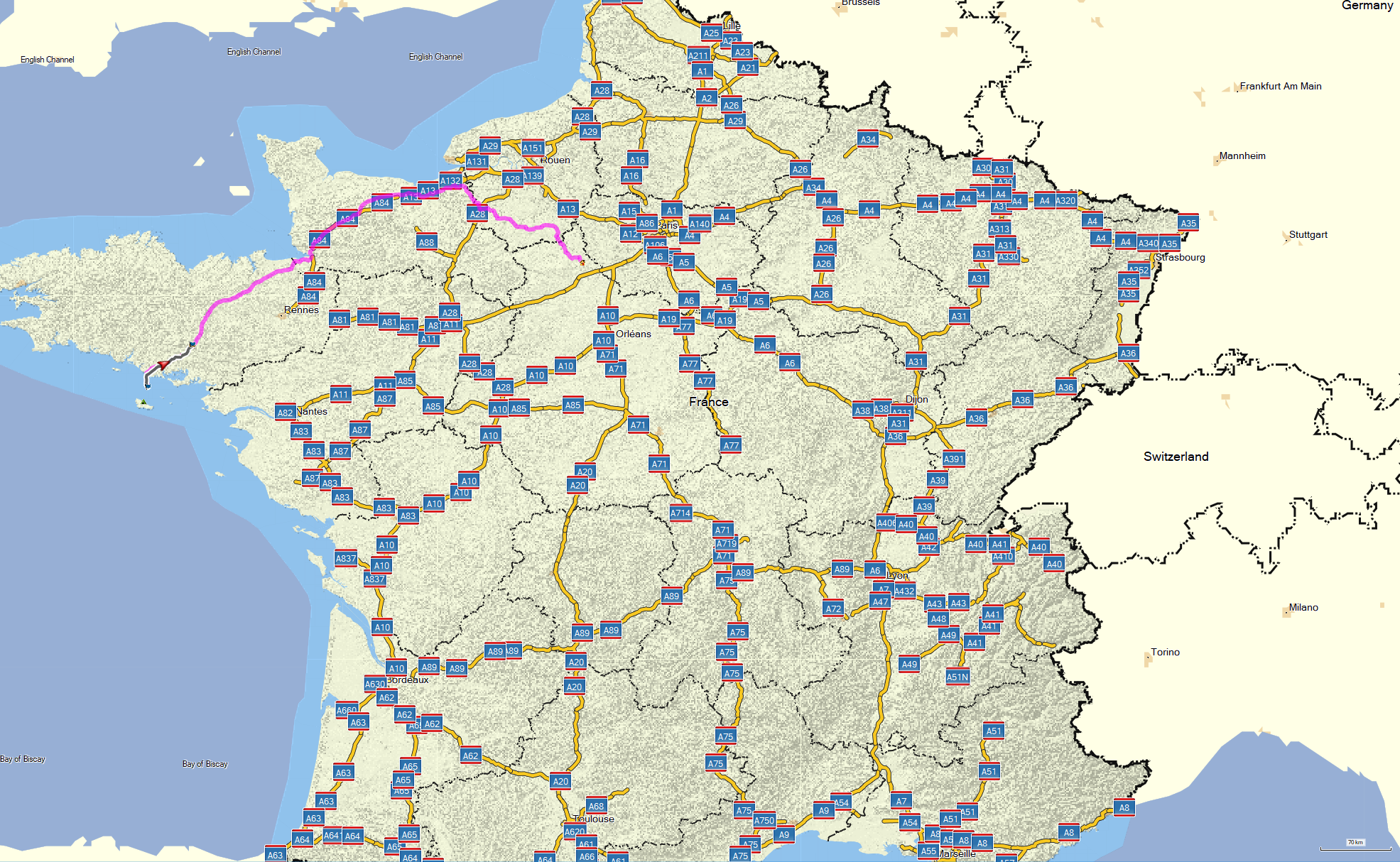 It's slow and it's not even the shortest/fastest route when riding a bike.

Google map gives us this route (in less than a second)

Topos maps are GREAT but basecamp is honestly a hassle to use because of it's performances.

You end up going to google map, making a route yourself and then exporting the route to GPX because it's much faster.

Speaking of the route, if generating a route from A to B, the GPX file will also store the steps between thoses two points, (where you need to turn etc) buit not actually use them as the Foretrex doesn't have an map.

You need to convert this route to a track (conversion means data loss) to correctly use it.