Mac/Windows Software
Basecamp Mac BaseCamp doesn't calculate any routes
Related
This discussion has been locked.
You can no longer post new replies to this discussion. If you have a question you can start a new discussion

Unfortunately all the threads I've read don't fix the problem I've got with BaseCamp.

I'm trying to plan a route, but the calculation window only appears so quick, that I even can't read any status message in the window.

The route calculation seems not to work, only straight lines between waypoints or route points as a result.

Any ideas on this issue? 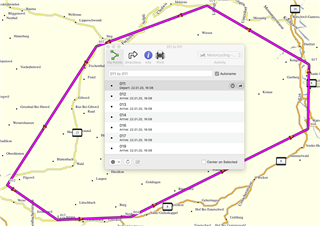