Hello, my Garmin maps were updated a few weeks ago and since then I can see hardly any roads on them. Very major roads show up (like motorways and trunk A roads) but no other roads/tracks do. Here is a photo of it a scale of 1.2miles (this is Manchester, UK): 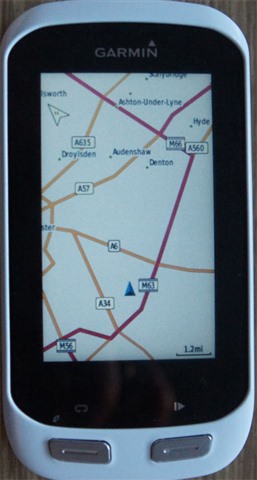 The main roads show up (although the M60 is incorrectly labelled the M63). When I zoom in however no other detail appears. Here is a view at 800ft scale: 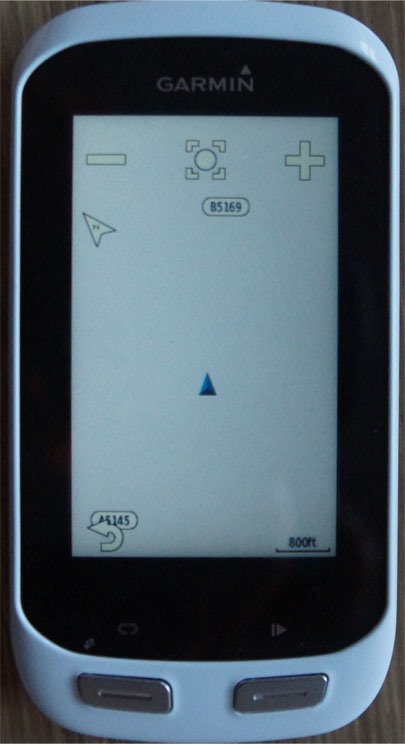 The names of some more roads show up, but not the roads themselves. On the device, there are four maps installed and enabled, which are:

The map settings in relation to what is displayed are all on their automatic defaults, I think.

If I try to get the device to generate a route, it only uses the roads than can be seen on the display, none of the (many) other roads that exist.

I can still use the device to record where I have been and I can create a course on my PC and download it as the PC uses Google maps, but the course I have planned just shows up on the device as being through empty space.

Does anyone have any idea what could be going wrong? I contacted Garmin support two weeks ago through there chat facility and they pointed me to a couple of web articles about resetting the device and checking that all the maps were enabled, but none of them helped so they asked me to email them photos which I did and since then I've heard nothing.

If anyone has any suggestions I would be very grateful. My background is computer science, so I'm happy to try anything!