The picture tells it the best. I managed to set Fenix 5 plus broadcast HR to Edge. For some reason broadcasting ended at 25 mins while cycling took almost 2:45 hrs. I noticed somewhere the HR showed -- on Edge while the Fenix on My hand was still broadcasting.

Any reasons for such a short recording on Edge? Could autopause cause it? I tested afterwards and the pairing should be ok: edge was receiving HR on a short test.

The ride was recorded by Edge. 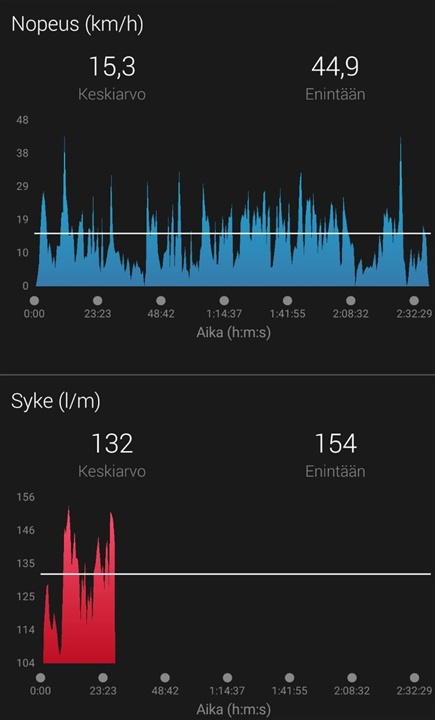